Spur Road and the road in front of Buckingham Palace form a section of the East-West Cycle Superhighway between Constitution Hill and Birdcage Walk.

The plans that Transport for London presented to the public for consultation in February-March 2015 failed to include any specific proposals for this section. Following successful campaigning by cyclists, TfL published proposals on 20th August 2015 for consultation up till 4th October 2015. 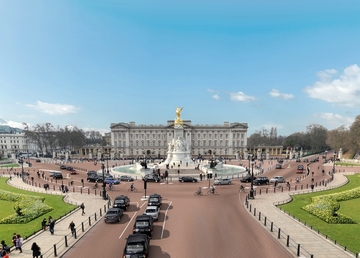